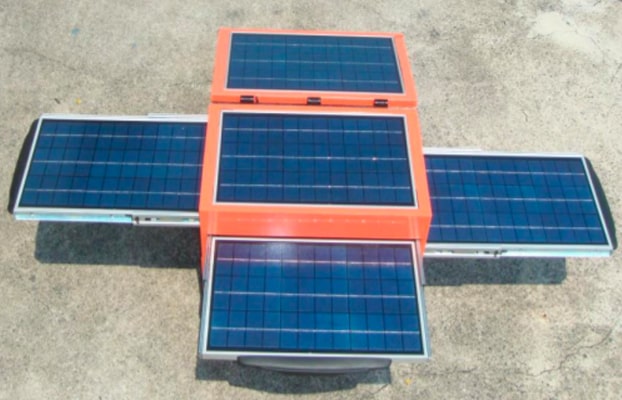 UTICA SG has developed Douglas X. It is powerful, deployable, safe and silent micro-powered solar energy generation. Use for indoor or outdoor to backup domestic electrical appliances including mini refrigerators, laptop computers and general home equipment. Storage of 780 watts of power. Your ideal backup emergency solar powered generator. No noise, no fumes, no gasoline, no wasted power. Charge from the sunlight with high-performance solar modules. 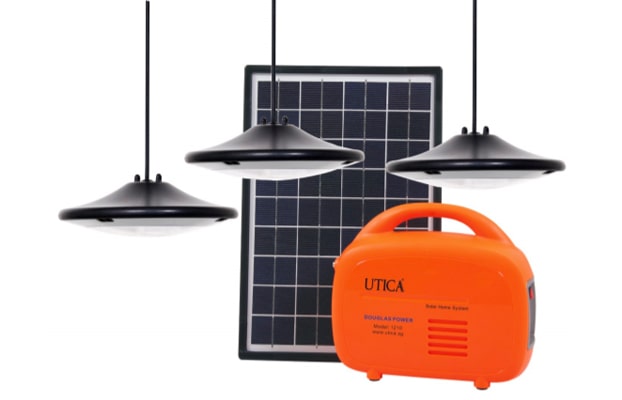 A growing number of natural disasters and electricity blackouts in recent years have probably put preparedness on your radar. UTICA SG has developed an affordable and reliable solution for these situations. Having Douglas Power at your home and business premise will provide the necessity power for your cellular phone, mini devices and LED lights for the evening hours. 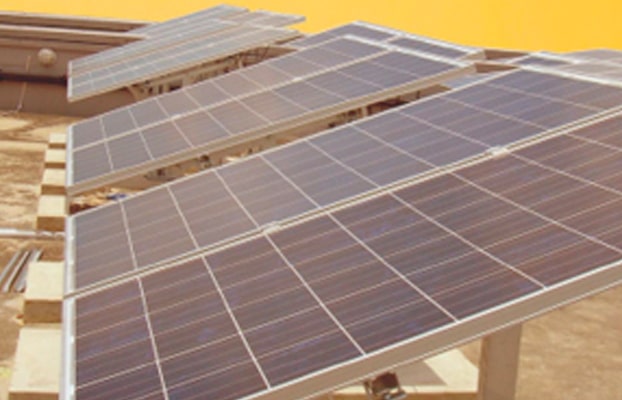 A growing number of natural disasters (i.e. hurricanes, tornadoes, ice storms, etc.) in recent years have probably put preparedness on your radar. Along with an emergency plan and a three-day supply of food and water, you might want to consider adding backup power at your home and business premises.

UTICA SG has tested 20 professional models of MobileGrid generators for everyday use. Since our generators do not require any refilling, you do not need to worry about the cost of fuel, downtime for engine servicing, carbon-monoxide poisoning and fire. UTICA® MobileGrids are better, safer, and utilizes green power. 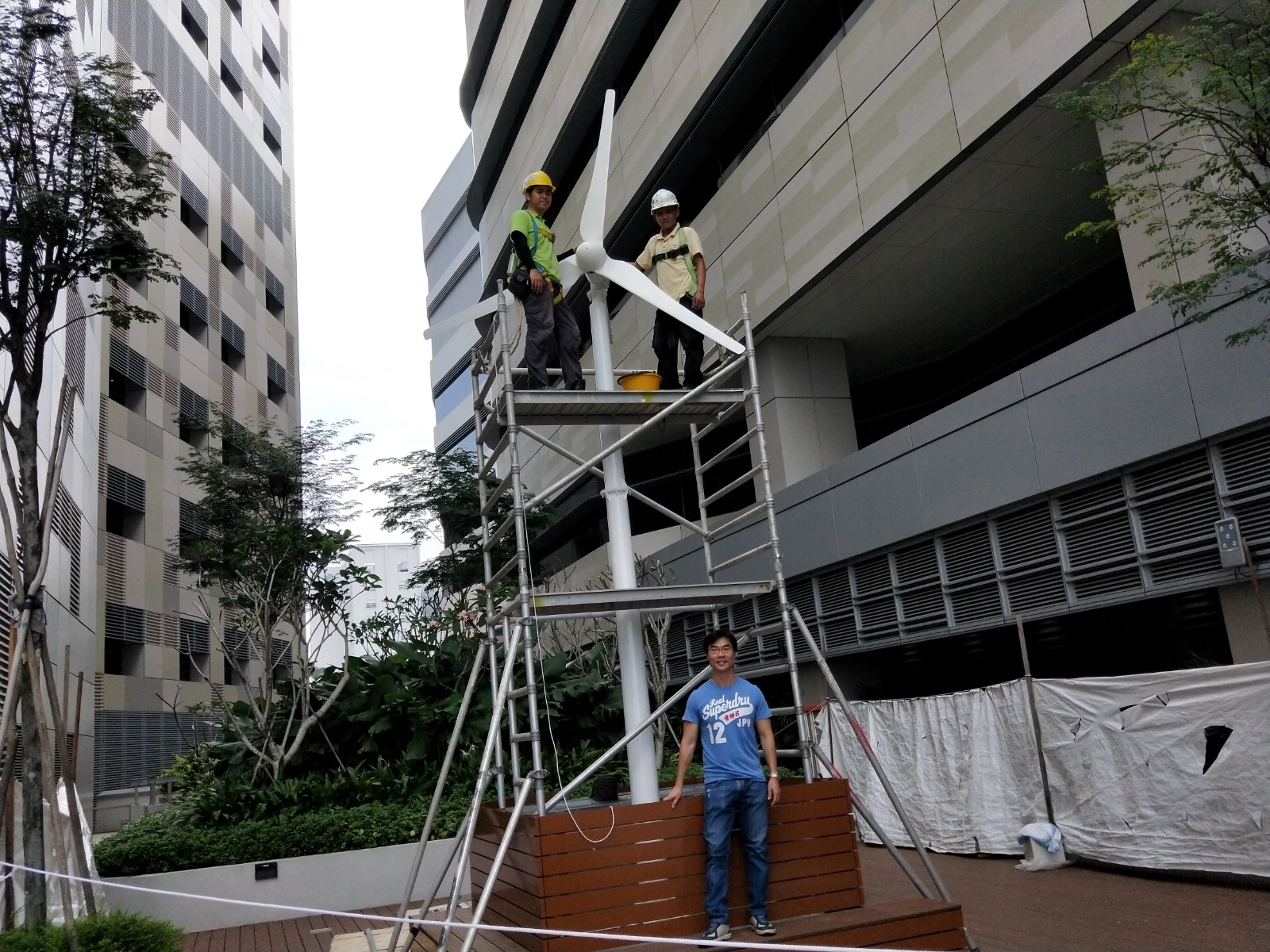 The awesome power of wind is all around us. It whistles across our yards and over our roofs. It ripples our flags and blows through our hair. It’s a free natural resource. No one owns it and you can use it. With UTICA® residential and building wind turbines, you will be able to harness the wind and tranform it into usable power right from your home. You will also be able to reduce pollution, lower electric bills and decrease complete dependence on depleting oil and gas sources. And you can do it right in your very own backyard!

UTICA® Wind Turbine Generators allow you to capture nature’s power and convert it into clean, dependable energy you can use in areas where the power grid doesn’t reach. Whether you are generating energy for a remote house, sailboat or offshore platform, UTICA® Wind Turbine Generators are designed to perform and fit your energy needs in most wind conditions. You also may find that combining wind power with solar can create a perfect complementary system for keeping your batteries charged.

UTICA® Wind Turbine Generators work in conjunction with your utility power (power from your electric company). When the wind blows, the turbine starts working and generates clean, affordable electricity to power your home or building. When you and your family use more power than your wind turbine produces, your utility power or alternative energy generation will take over. In cases when your turbine is producing more energy than you are using, you may sell (only applicable in some countries) the excess electricity back to the electric company. It really is the best of both worlds. 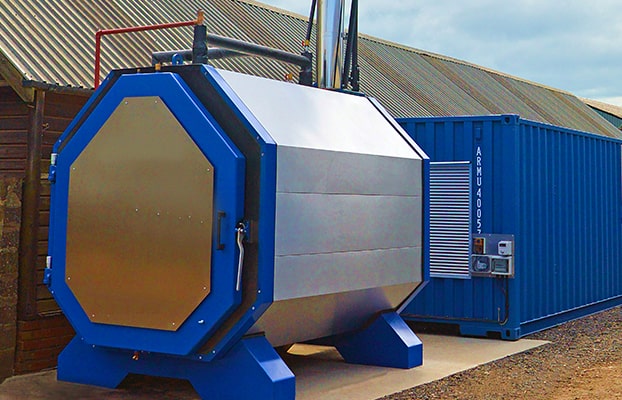 The rural poor caused by climate change is at risk of being seriously damaged and the climate change has been badly affecting our planet in terms of depleting natural resources. UTICA SG would like to promote a new bio-mass clean energy which is carbon neutral and reduces carbon dioxide to help fight GHG and CO2 emission.

Since fossil energy is depleting at a massive rate, biomass can counter the lack of fossil energy sources. Biomass energy can be harvested from solar and water energy, along with energy from waste. Apart from this, consumers are able to use Jatropha seeds, corn oil or palm oil to produce Bio-Diesel Fuel (BDF).

To produce biomass products, food waste, raw garbage and bio mass (oil seeds) go through UTICA® Superheating Steam System. Once the process is completed, there is an extraction for Biofuel, Bio-char and Bio-gas.

Biofuel extraction leads to BDF, power generation and rural electrification. Bio-char, however, can be used as cooking fuel, or help with soil and water improvement, along with many other uses. 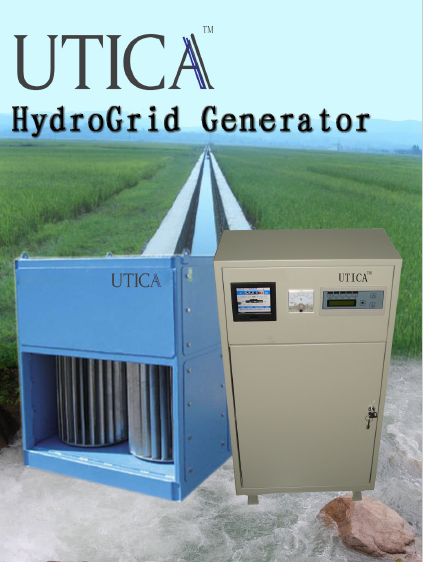 UTICA® HydroGrid series generation relies simply on the extraction of energy from the natural velocity of water, these micro power generators can be placed into sources of flowing water with minimal infrastructure or environmental impacts.

For thousands of years, people have used the energy produced by moving water to perform tasks such as grinding food grains and sawing wood. The hydroelectric take advantage of a naturally occurring, continuous process that involves the cycling of water through the environment, known as the hydrologic cycle, to convert the potential energy from flowing water into electrical energy.

Micro hydro systems may be built in isolated areas that would be uneconomic to serve from a network, or in areas where there is no national electrical distribution network. Since micro hydro systems usually have minimal reservoirs and civil construction work, they are seen as having a relatively low environmental impact compared to large hydro projects. This decreased environmental impact depends strongly on the balance between stream flow and power production. 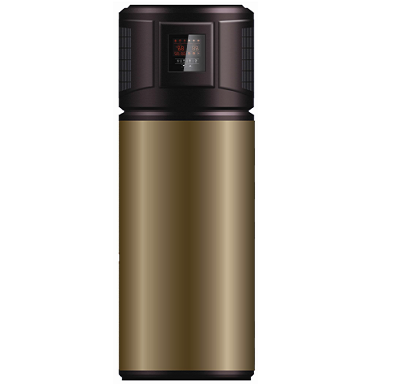 UTICA® Thermal PV Water Heater is an easy to install, reliable, and cost-effective technology that harnesses the sun’s energy to provide hot water and electricity for homes and businesses. Our products offer the perfect combination of capacity, density along with a lightweight and flexible, modular design, making them the premier choice for housing infrastructure.

Solar water heater, also called thermal water system, is a cost-effective way to generate hot water for your home or building. The system can be used in any climate, and the heat and electricity comes from the Sun.

UTICA® Thermal PV Water Heaters have a well-insulated storage tank. The solar storage tanks have an additional outlet and inlet connected to and from the PV integrated collector. The thermal PV water heating systems also have a backup system for times of increased demand and during cloudy days. 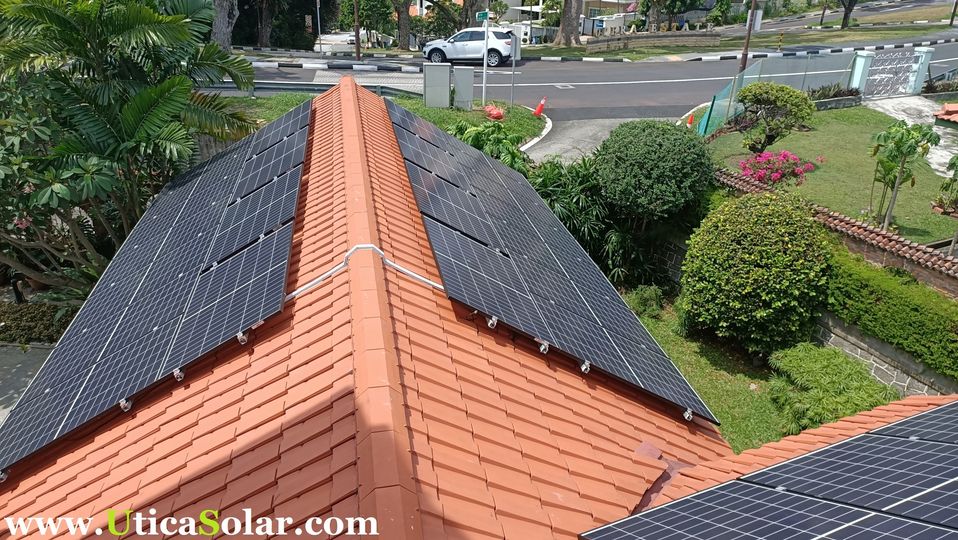 UTICA® solar is easily integrated on to any architectural shingles, interlocking terracotta or clinker roof tiles.
With our custom-fit roofing hooks, brackets and mounting rails, you are able to install the photovoltaic modules securely without any penetration to the underlying waterproofing membrane sheet or the roof tiles, complement your house’s architecture while converting sunlight into pure electricity for all electrical appliances, such as air conditioners, EV cars, lightings and refrigerators.
Find Out More 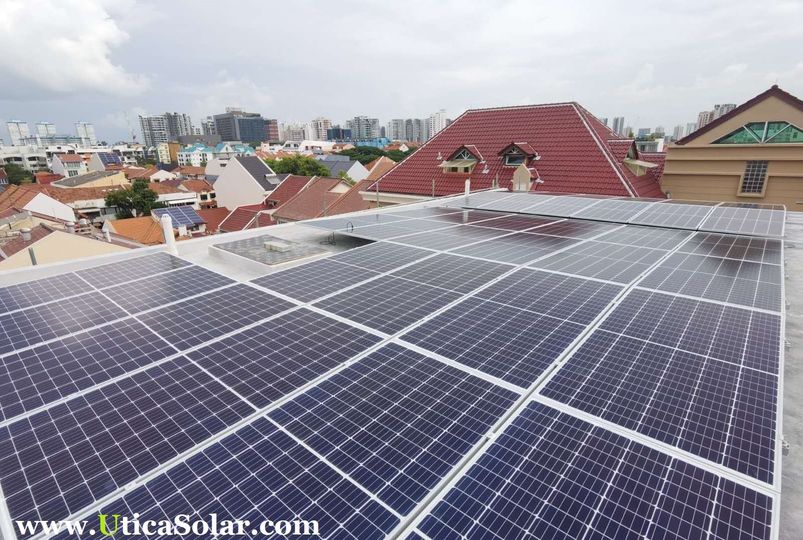 Electricity consumption is one of the largest sources of carbon emissions in Singapore, as well as one of the costliest expenses for businesses and households.
To improve efficiency, UTICA® solar provides shading analysis and solar power generation stimulation to ensure that our highly efficient photovoltaic modules are free from potential obstruction and the solar energy system is fully optimized for performance in order to provide long-term economic and environmental benefits for the building owners.
Find Out More 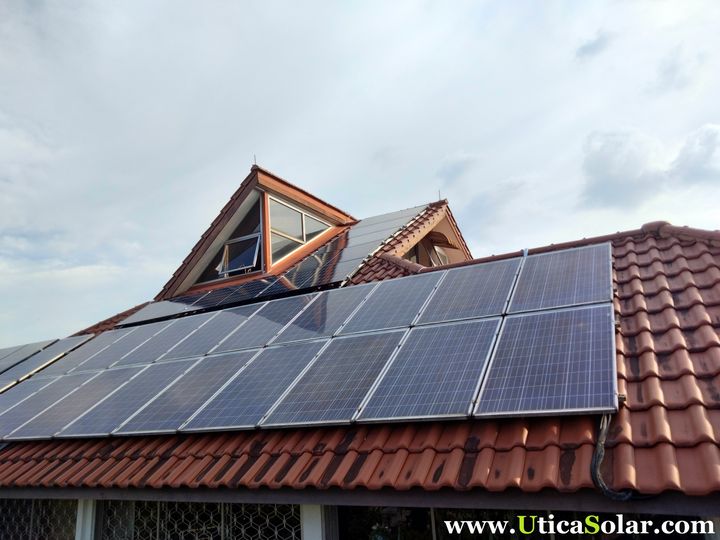 UTICA® solar complements your house’s architectural while harnessing daily sunlight into electricity.
With our customized roofing hooks, brackets and side mounted rails, you are able to install the photovoltaic modules securely on the roof tiles without any penetration to the underlying waterproofing membrane sheets or the roof tiles itself.